Epilepsy is a condition that affects nearly three million Americans. It is one of the most common neurological conditions that disrupt the normal connections between nerve cells in the brain. That disruption is referred to as a seizure. There is no age, race, or ethnic connection. Common causes of the condition are high fever, low or high blood sugar, and concussion.
I had my first seizure when I was seven years old. My memory of those early years, I humorously refer to as my unconscious years, are filled with clouded memories of doctors’ offices, waking up in emergency rooms, and waking up in nurse’s offices.
I had one physician. Dr. Martha Lusser, MD. She was the only pediatric neurologist I ever saw. She put me on Tegratol, Dilantin and Phenobarbital. This is the reason I feel many of the years as a child felt like a blur. They were like a slide through time. It wasn’t until I was a teen did I form and keep many memories of where I was and what was going on.
Dr. Lusser was one of the only pediatric neurologists in the Greater Allentown area in Pennsylvania at the time. She was very clinical. I remember her being very matter-of-fact, cut and dry. I also remember my mother going head to head with her on more than one occasion.
For years, at home, it was the same thing. “Michael, did you take your pills?” If I had a dime for every time my mother said that to me as a child, I would be able to retire a rich old man. My memory was very poor when I was young. Memory loss is a common side effect of the anti-seizure medications prescribed to me by Dr. Lusser. Some of the medications controlled seizures well. Some did nothing. Some made my head spin or knocked me out cold. One that worked well was carbamazepine. I take to this day. We explored the gamut of treatments of the time. “That is all you can do.” I was told. Manage the disorder with seizure control medications. Twice a day, every day.
Don’t forget, all the while, I was trying to fit in and navigate the tenuous terrain that most refer to as middle school. You know, the battleground where you try desperately to just to be cool, be liked. Try fitting in when everyone you associated with was afraid of you or thought you were a freak. They all saw me have a “fit”, I hated that term, at one point or another. I’d fall on the floor, walk into a hallway wall or simply not respond when addressed. Ya, I fit in. Not! I would wake up in the nurse’s office hours later and Dad would pick me up, take me home, and put me to bed. Those were the people that knew. My classmates. My mother made it very clear to the school and every teacher I had all through middle school. Some got it. Some didn’t. Some didn’t give a shit. “Allowances for one have to be made for them all.” Walter Valenta, a fifth-grade teacher who thought it would be a good idea to use corporal punishment when I “forgot” to do homework. Nine times out of ten, I had had a seizure, slept the rest of the day into the night before, and forgot I had homework at all. But these are not issues he had to worry about. Asshole!! Don’t get me wrong. I do not hold this against anyone I grew up with. Keep in mind, this was the 80’s. It wasn’t their deal. They didn’t get close enough to understand. Or care enough with maybe one exception.
To look at me then, I was a normal, adjusted child that was as geeky as the next boy. Some of my teachers even questioned there was anything wrong with me especially those that had me later in my school career when the professionals had it knocked. Eventually, the bloodwork, the EEGs, and the hospital visits paid off. I have been seizure-free for at least eighteen years now. I am in my forties now and as long as the medication is taken, the seizures are controlled.

2 Replies to “But You Don’t Look Sick: The Real Life Adventures of a Child Epileptic Into Adulthood” 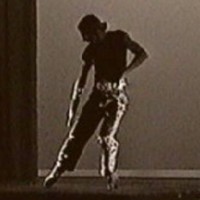 Discerning erotica for those with a desire for discipline

[No cats were harmed in the making of this blog. They all love to be spanked.] Exploring the psychology 'behind' spanking through fiction and poetry. Because, nothing says 'I love you' better than a red, sore, bare bottom. Comments welcome and discussion encouraged. I believe spanking between consenting adults leads to closer and more intimate relationships. Spanking is not a kink, not a fetish, not a lifestyle, but rather, a healthy and honest means of communication. Let your mind free and respect will follow. Contact me lurvspanking@gmail.com

Dragons, Warriors and rabbits - The complex simplicity of my freedom under His domination.

Finding Strength in my Submission

A confessional where people come to reveal too much information--sexy secrets, dirty deeds, and more.

Where a little insanity goes a long way

The Autism Spectrum According to Autistic People

The Wonderful and Wacky World of One Single Mom

A place to write all I need to write.

Tales from a collared babygirl

Think of the good to add sugar to life's lemons.